Song of the Day: You Get What You Give

Today’s song is You Get What You Give by New Radicals.

Some alt-rock.
It’s a popular song, and the first thing people think of when you name the band.
They only made a single album, and the band broke up the year after it was released.

Such an interesting way that this song has stood the test of time.
I think it serves as an excellent time capsule of the late 90’s/post-grunge era.
Yeah, the pop-culture bits near the end are clear dating elements, but it’s sound works in it’s favor too.


This is such an quirky sound. An eclectic mix of vocals and instrumentation. A lot of synergy.


There is a lot to admire here.
The piano is excellent. Those drums are phenomenal and steady. The lyrics serve a lot of meaning. 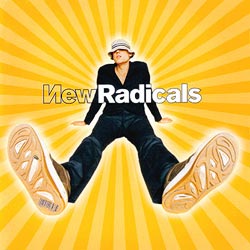 Category: Music Tags: New Radicals, song, Song of the day, You Get What You Give