Song of the Day: Love You Like a Love Song

Today’s song is Love You Like a Love Song by Selena Gomez & The Scene.

I both love and hate this song. It’s complicated.

Oh, the blissful ignorance of childhood.
This song helped me understand that I liked Electropop.
It also held pulsing beats akin to the scourge that is ‘mainstream dubstep’ (not the actually decent sub-genres).

It’s been said and done.
Every beautiful thought’s been already sung.


This is an odd time-capsule that kinda perfectly encapsulates the idea of whatever the early ‘2010’s’ were.
This was ironically the band’s biggest song.
Makes sense in hindsight.


Also, why did Disney push so many of their actors/actresses into singing in the mid 2000’s?
Yeah, many of them are talented (case in point, Selena’s deserved success), but it was a weird trend there.
One that ultimately feels heavily corporate, devoid of soul/effort, and ultimately resulted in cringe-induced nostalgia.
Case in point: whatever sanitized fever-dream this was (made by the guy who was Eddie on That’s So Raven). 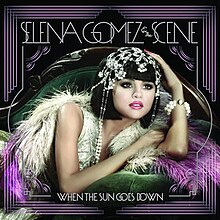 Category: Music Tags: Love You Like a Love Song, Selena Gomez & The Scene, song, Song of the day